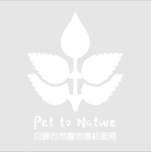 Many people treat pets as "children", which makes pet hospice services come into being. A former pet supplies practitioner opened the first hospice company in Hong Kong to provide pets with "hydration" the year before, using alkaline substances to accelerate the decay of the remains in the water and turning them into ashes by natural air drying and compression. So far, it has produced more than a thousand pets. Provide services. The Environmental Protection Department reminds that if the process of handling pet remains causes pollution or nuisance, it will issue a notice requesting improvement. Another member said that there is currently a lack of regulation on pet delivery and hopes that the government will formulate clearer regulations for this purpose.

In recent years, more and more pet hospice companies have opened up, and the technology for handling corpses has become more and more particular. Among them, it claims that it does not involve any combustion process and the process is all natural "hydration" technology, which has become a new service. The person in charge of "Pet to Nature", which provides pet hydration hospice services in Hong Kong, explained that the form of "hydration" is similar to that of burial. The principle is to use alkaline substances to accelerate the natural decomposition of the remains in the water. After receiving the pet's remains, the staff will wash it and give a farewell gift, and then arrange to put in a special device, with a water temperature below 100 degrees, with a specific alkaline substance, and cyclically soak it into bones within 24 hours The fragments are then turned into ashes through natural air drying and compression. Afterwards, the ashes can be put into the columbarium according to the owner's wishes, or transformed into nutrients to cultivate plants. The whole process takes about 1 week on average.

Investment of over $7 million said it does not cause pollution

Wu Wenjie said that since the hydration process does not involve combustion, it will not cause air pollution; as for the "alkaline water" soaked in the remains, it will be used for irrigation of plants, etc. Although it takes longer than the cremation technology, it is still more Environmental protection. Since October 2017, the company has been established with an investment of up to 7 million yuan. So far, it has provided hydration hospice services for more than 1,000 animals. In addition to common cats and dogs, there are hamsters, fish, and even pet pigs. He believes that "every life is worthy of respect," and hopes to use new technology to provide another way for him to send his "hairy boy" back to nature.

Currently, there are no specific laws in Hong Kong that regulate pet hospice services. However, relevant government departments can conduct inspections according to their authority to determine whether the relevant laws and regulations are violated, including the Public Health and Municipal Services Ordinance, Air Pollution Control Regulations, Fire Protection Regulations, etc. According to the FEHD, according to records, from 2016 to 2018, the department received a total of 6 complaints about sanitation nuisances in pet hospice service premises. After receiving the complaint, it will send personnel to the relevant premises for inspection and take measures when necessary. Enforcement operations.

Environmental Protection Department: If it causes nuisance, it will step in

The Environmental Protection Agency stated that the small pet incineration equipment used by private organizations that handle pet carcasses must comply with the requirements of the Air Pollution Control Regulations during installation and operation, including not emitting excessive black smoke and Neighboring residents cause air pollution or odors and other nuisance problems. After receiving complaints, the department will send personnel to inspect and take the initiative to inspect when necessary. Regarding the “hydration” mode of disposing of pet carcasses, the Environmental Protection Agency said that although No combustion process is involved, but if air pollution or nuisance problems are caused during the treatment process, an "Air Pollution Reduction Notice" will also be issued to the relevant parties, requiring improvements within a specified time limit.

Kwong Chun-yu, a member of the Democratic Legislative Council who is concerned about animal rights, said that there is currently a gap in the government's regulation of pet hospice services. A few years after pet owners had deposited their pet ashes, the company suddenly closed down. The victim was surprised and helpless. Kwong Chun-yu described pets as the sustenance of many people, and related services are becoming more common. He hopes that the government will formulate clearer regulations for this. As for hydration, he believes that if the service is handled properly and environmentally friendly, it is believed to be another new option besides cremation.